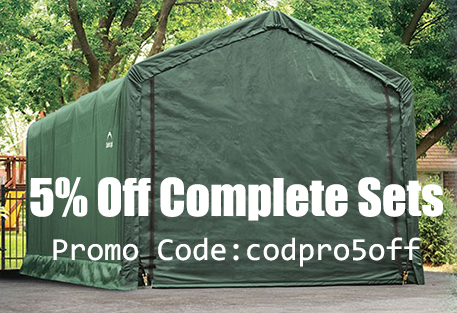 Have you ever heard of duck fabric? It is one of the many materials used in the manufacture of ourcanvas tarpsand canopies. Its a heavy weight fabric that has been an essential part of the worlds history for centuries. According to the National Park Servicesresearch, it was originally used to create sails for ships, which makes sense because its sea water and tear resistant. By all historical accounts, Americans imported it from other countries until the late 1700s.

Then in the 1800s, coastal areas in Massachusetts, Georgia, Maryland and New Jersey started manufacturing duck canvas tarps, tents and sails of their own. Initially, U.S. merchants, the post office and military service personnel were their biggest customers. Oftentimes, the duct canvas tarps were issued numbers to help people determine how much they weighed and how they should be used. For example, sailors' sea bags were often made with 15 ounce canvas and military cots were manufactured with even heavier tarps.

Once the 1940s rolled around, the same material was also used to create duct tape. Fans can apparently thank our countrys 32nd President,Vesta Stoudtand the Johnson family for that. In later years, people found even more uses for duck canvas tarps and we suspect that theyll continue to do so in the future. If youd like to be one of them, we can help.

Our custom sized, duck canvas tarps are feature lock-stitched seams and hems that have been professionally treated with paraffin wax. Theyre also outfitted with spur tooth grommets, which make them far superior to tarps made with aluminum washer grommets. In other words, they are less likely to rip free from the duck fabric when being used in conjunction with tie downs. Plus, the canvas tarps come in a surprising number of great colors, like blue and dark brown. To find out more and see firsthand why canvas tarps have managed to stand the test of time, pleasecontact us.